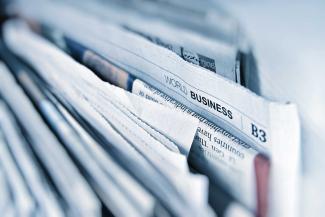 If you’re a fan of political dramas on televisions, you’ll know that the turbulent world of politics has an effect on the global financial markets. But what about in real life? How much does art - if you can call shows like Scandal, Veep, and House of Cards art - imitate life, and vice versa?

The truth of the matter is that 2017 has turned out to be a bit of an unpredictable political year, and a lot of that can be boiled down to the win in November 2016, when Trump was elected President of the United States. And whether you are for or against his presidency, I think we all can agree that the political climate is ever changing. The truth of the matter is that, surprisingly, politics don’t have as much of an influence over markets, as much as TV would like us to believe - in the long-term.

Financial markets are resilient, but are not immune to the big events happening in the world. For example, when the United Kingdom voted to leave the European Union, aka Brexit, the markets took a hit. However, within a week or so, global markets managed to bounce back1. Elections are also credited with contributing to the ebbs and flows of markets. “Elections can be viewed by traders as an isolated case of potential political instability and uncertainty, which typically equates to greater volatility in the value of a country's currency,” Investopedia explains. “A change in government often means a change in ideology for the country's citizens, which usually means a different approach to monetary or fiscal policy, both of which, especially the former, are big drivers of a currency's value.2”

On a global scale, politics affect currency when a country's trust is lost or challenged. The opposite can be said in the lead up to a major political event, when the change in power can be perceived as positive. “The hope is that a new leader might make changes that boost a country’s economic growth potential or improve its financial outlook,” according to a very interesting study from Charles Schwab. The article examines some of the global market changes of when a major political reform may occur. But just as when a so called ‘negative’ political event occurs, and the markets are hit, but bounce back, meaning the ‘positive’ happens. “The effect of an initial burst of political enthusiasm may not be durable. Stock markets tend to be disappointed as the honeymoon vibe wears off.3”

So, at the end of the day, it’s important to not take speculation of the effect of political change on financial markets to heart. Instead trust the advice of people who work in the industry through all climates.